You Semi-Hate Otto For His Persnickety Personality, Yet As You Learn About His Tragic Life, You Change Your Mind

Based on the # 1 New York Times bestseller A Man Called Ove, A Man Called Otto tells the story of Otto Anderson (Tom Hanks), a grump who no longer sees purpose in his life following the loss of his wife. Otto is ready to end it all, but his plans are interrupted when a lively young family moves in next door, and he meets his match in quick-witted Marisol. She challenges him to see life differently, leading to an unlikely friendship that turns his world around. A heartwarming and funny story about love, loss, and life, A Man Called Otto shows that family can sometimes be found in the most unexpected places. 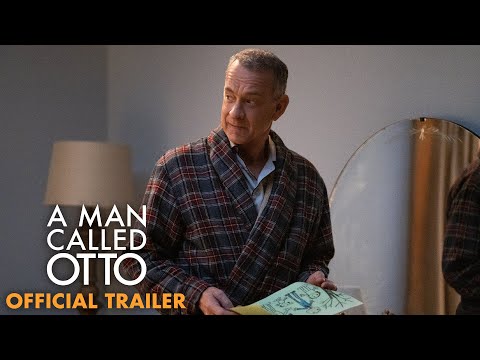 I thoroughly enjoyed A Man Called Otto. Tom Hank’s portrayal of an aging man whose love of his life was taken way too young haunts his character Otto, but thanks to the persistent love of his new neighbors he emerges from his shell as he finds a new extended family.

The storyline follows Otto, a grumpy old man who thinks of himself as the quintessential rule enforces in his neighborhood and elsewhere. The film is filled with flashbacks which reveal the backstory of Otto’s life and how he came to become the grumpy old dude he is.

The character, Otto, is played so well by Tom Hanks that you semi-hate him for his persnickety personality, yet as the story evolves and we learn about the tragic events of his past, the “what and why” become clear. When new neighbors move in across the street, the wife (Mariana Trevino) is persistent in not letting Otto escape her kindness, whether it means bringing him wonderful Mexican food, which Otto begrudgingly loves, or inviting him to spend time with her children. The tragedy of Otto’s love story, which began and ended with his lively and beautiful wife, it is, no less, still a love story. It makes you ache for poor Otto who truly found his soul mate and lost her way too soon. He is bent on taking his own life, but constantly drawn away by his neighbors Marisol and her hubby.

Directed by Marc Forster, the film is beautifully produced with eloquent shots of the landscape of suburban Pennsylvania and sets that show middle class America in its simplest form. My favorite scene is a toss-up between the one with Otto and his neighbor buddy, during friendlier times when they compete for who has the coolest car and when he teaches Marisol how to drive; the speech he gives her about how she is not an idiot is awe-inspiring and afterwards, she loses all fear and drives like a warrior.

What I love most about this film is character. So many mass market films, particularly comic based ones, lack depth of character and this one delivers it in Otto, but also in Marisol and Anita, even Malcolm and Jimmy. Everyone evolves here and becomes more substantial than they are at first glance. Be forewarned that there are suicide attempts shown and some profanity.

I give A Man Called Otto 5 out of 5 stars and recommend it for ages 12 to 18, plus adults. It’s rare to find a film with such substance. We laughed and cried, then did it again and again.