Nate Gibson’s life is turned upside down after he suffers a near-fatal illness and is left a quadriplegic. Moving forward seems impossible until he meets his unlikely service animal, Gigi – a curious and intelligent capuchin monkey – who helps Nate find what he needs most: hope.

KIDS FIRST! Film Critic Katherine S. comments, “Gigi & Nate is an uplifting movie with an encouraging message. This movie will put you through a range of emotions, and may even bring on the “waterworks.” See her full review and talent interview below. 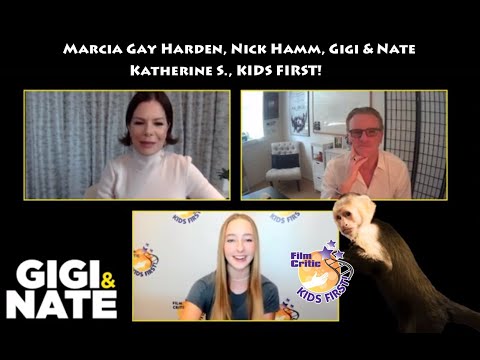 After barely surviving a tragic accident that left him paralyzed, Nate Gibson (Charlie Rowe) has nothing worth living for, until he meets Gigi, a capuchin monkey. The two develop an inseparable bond, but not everyone’s a fan of the relationship. Can Gigi and Nate stay together?

This movie is inspired by the organization Helping Hands: Monkey Helpers for the Disabled which helps to match people with disabilities to monkeys who will help them in their day to day life. The special effects are so impressive as I could barely tell when it switched from CGI to real life. Allie (who plays Gigi), the adorable capuchin monkey, makes her acting debut in this movie, and she is trained incredibly well. Too bad for Allie that there aren’t Oscars for animals, because she would win one! Kudos to Allie’s trainers for making her actions seem so organic and natural! The chemistry with Charlie Rowe (Nate) and Allie feels so real that sometimes I forget I’m watching a fictional movie and not a documentary.

The primary message of Gigi & Nate is to never give up – whether that means on yourself or on something you believe in. This movie has some profanity, alcohol consumption and attempted suicide.