Funny; Contagious Music; The Love And Care For One Another Is Beautiful

Based on the best-selling book series by Bernard Waber, Lyle, Lyle, Crocodile, starring Academy Award-winner Javier Bardem, Constance Wu and Shawn Mendes, is a live-action/CGI musical comedy that brings this beloved character to a new, global audience. When the Primm family (Wu, Scoot McNairy, Winslow Fegley) moves to New York City, their young son Josh struggles to adapt to his new school and new friends. All of that changes when he discovers Lyle – a singing crocodile (Mendes) who loves baths, caviar and great music-living in the attic of his new home. The two become fast friends, but when Lyle’s existence is threatened by evil neighbor Mr. Grumps (Brett Gelman), the Primms must band together with Lyle’s charismatic owner, Hector P. Valenti (Bardem), to show the world that family can come from the most unexpected places and there’s nothing wrong with a big singing crocodile with an even bigger personality.

KIDS FIRST! Film Critic Katherine S. comments, “Lyle, Lyle, Crocodile is an outrageous musical movie that the whole family will adore, especially those who have read the Lyle the Crocodile books.” Keila V. adds, “This movie is funny; the music is contagious; and the love and care of one another is beautiful. The special effects and scenes of the film are incredible! What I love about the film is how Lyle the Crocodile (Shawn Mendes), with his special talent changes the lives of the main characters in the film.” Sariah R. wraps it up with, “! What makes this film so funny is that Lyle is a crocodile that can literally dance, cook and sing. Lyle, as baby, reminds me of my dog when he was a tiny puppy! Lyle as a grown-up has unexpected qualities; we didn’t expect him to be that shy, knowing he’s a beautiful singer.” See their full reviews below. 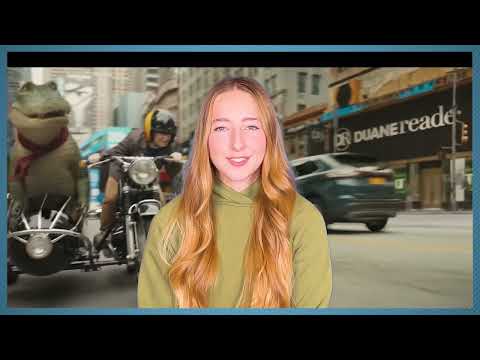 Lyle, Lyle, Crocodile is an outrageous musical movie that the whole family will adore, especially those who have read the Lyle the Crocodile books.

This film is based on the beloved books about the super adorable singing crocodile, Lyle (Shawn Mendes) who lives in New York City. Lyle can’t talk, but he can certainly sing, and the first to discover that is an unemployed and undiscovered actor and magician Hector P. Valenti (Javier Bardem). After a failed attempt at becoming famous, Valenti leaves and Lyle is found by a young boy Josh Primm (Winslow Fegley), and they become best friends. But what will Josh’s parents and crazy neighbor do if they find out? Watch to see!

I love Lyle’s character design. The CGI is realistic, yet cartoonish, and his face is so cute. I really enjoy his big size and chubby body as the animation makes his movements clumsy and unstable. My favorite parts of the movie are the original songs – “Top of the World,” “Take A Look At Us Now,” “Rip Up The Recipe,” “Carried Away,” and “Heartbeat” – and their respective scenes. Kudos to Shawn Mendes and the song-writing team for creating such fitting songs. Shawn Mendes, Constance Wu and Brett Gelman deliver my favorite performances. Shawn Mendes, as always, has an absolutely outstanding, beautiful and breathtaking voice, and I couldn’t wait for him to start singing again in each scene. Constance Wu, as Mrs. Primm, is such a perfect fit for the loving and caring motherly figure. Brett Gelmen shows just how fitting the name Mr. Grumps is for his character.

The messages of Lyle, Lyle, Crocodile are that joy can be found even when things seem hectic and overwhelming, and that friendship can be found in unexpected ways and places. This movie is great for the whole family. There are some scenes that may be a bit frightening to younger children.

I give Lyle, Lyle, Crocodile 4 out of 5 stars and recommend it for ages 5 to 12, plus adults. Fans of the book will definitely enjoy this movie. It releases in theaters October 7, 2022.