The statistics are alarming. Nearly 20 people per minute in the United States are physically abused by an intimate partner, according to the National Coalition Against Domestic Violence (NCADV). Also reported by the NCADV is that one in four women – and one in seven men – will be a victim of domestic violence in their lifetime.

When these awful scenarios occur, the difficulties often continue for the victim. In trying to seek help and report the violence, it’s typically an overwhelming and repetitive task, causing them to relive the incident over and over as they relay the information to the required individuals. But fortunately, in Birmingham that’s actually no longer the case, thanks to One Place Metro Alabama Family Justice Center.

One Place is a nonprofit organization that’s a collaboration between the Jefferson County District Attorney’s Office, the Birmingham Police Department, YWCA Central Alabama, and the Crisis Center, Inc.

Since its beginning in 2017, its mission has been to provide coordinated services to victims and survivors of domestic violence and sexual assault through a multi-disciplinary team of professionals working together under one roof. This process helps remove the barriers victims and survivors often face in reporting violence. “We want victims and survivors to feel safe and welcome so they can do a very hard thing, which is talking about potentially the worst thing that has ever happened to them,” explains Allison Dearing, One Place executive director. “Confidentiality and privacy is so very important in these situations, and it’s hard to get that in a courthouse setting or a police station. Sometimes it can be re-traumatizing to a victim to have to go into the police station.”

By bringing together multiple professional partners in one place, the nonprofit makes it much easier to access the multiple services needed – and often required – in the process. “When a terrible thing happens to you it makes it even harder when you have to go all over the community to navigate the different systems on your own,” Dearing adds.

At One Place, victims can come in to a calm, private environment and get practically any of the potential services they need, whether it be a forensic exam performed by a forensic nurse, the filing of a police report, or counseling. “Someone may come in and have an exam performed and decide that’s all they want, and we support that decision,” Dearing says. “They may later say they want to file a report and come back and meet with law enforcement at that time, or they may go ahead and set up some counseling sessions. Or maybe they choose to do it all at one time. We just want to make sure we’re here to support that individual on their journey to hope and healing.”

In addition to providing the needed services victims and survivors need, One Place also takes on the responsibility to ensure that they fully understand their rights and how the entire process of filing charges works. There are advocates who work with each victim to explain the process, and the advocate is a completely confidential confidante who is there to help. “We believe knowledge is power,” adds Dearing. “When someone comes in for the first time, we want them to know how it works, and the advocate walks them through what will happen if, for example, they choose to speak to the police. They need to know what to expect, and it’s critical for victims and survivors to know who is confidential on site and who isn’t.”

When the victim or survivor is ready to speak to the needed partners, the center coordinates each service so that they do not have to repeat their stories multiple times to multiple people. “We really want to minimize the amount of times a person has to repeat the story,” Dearing says. “Repeating it over and over can be re-traumatizing, so we when we know the survivor is ready to take the next step, the advocate, a nurse, and a police detective can all be in the room together so the victim can tell the story one time.”

While One Place serves anyone who has been impacted by domestic or sexual violence, 95 percent of the time that victim is a female, so the nonprofit also makes sure there is no obstacle, such as child care, that would prevent her from seeking help. One Place also has a playroom on site. Through their partnership with YWCA, One Place can also help survivors receive confidential shelter if they are in danger.

“We talk a lot about hope here,” Dearing says. “There’s not a day that goes by that we don’t focus on the hope and that survivors can find hope, safety and healing. But it’s important to remember that domestic and sexual violence are more widespread than people realize. It’s often a secret that happens behind closed doors, but we’ve got to shine a light on it if we’re ever going to make our community safer.” 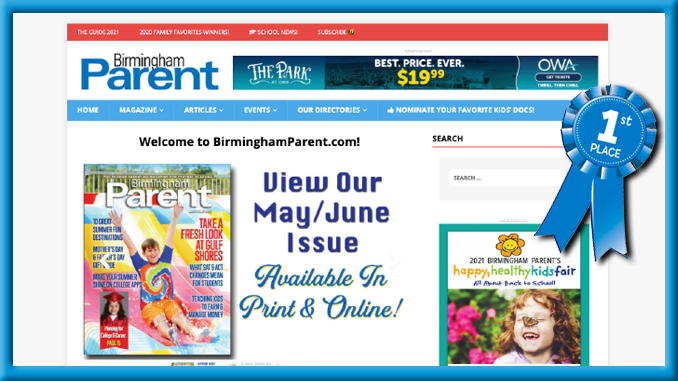