Ethan Hill, age 11, of Birmingham, Alabama, has been named a winner of the 2022 Gloria Barron Prize for Young Heroes

The Barron Prize annually honors 25 outstanding young leaders who have made a significant positive impact on people, their communities, and the environment. Fifteen top winners each receive $10,000 to support their service work or higher education. 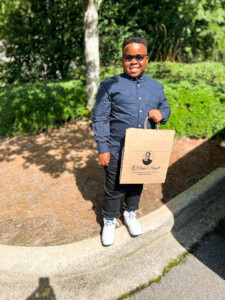 Ethan created Ethan’s Heart Bags4Blessings to support individuals experiencing homelessness in his city. Since 2017, he and his team have packed and distributed nearly 2,000 survival care bags containing items such as a sleeping bag, cold weather clothing, first aid supplies, food, and hygiene products. He works to develop relationships with the people he serves and to refer them to shelters and support services. Most days on his way home from school, Ethan and his parents drive around area parks and homeless camps to check on the estimated 300 people living there. When needed, they provide essentials from a supply kept in their car or return later to help with specific requests. Ethan also partners with local police, who carry his duffel bags and supplies in patrol cars to distribute in areas unsafe for Ethan to visit. Corporate sponsors and individual donors support his work.

Each December, he organizes more than 100 volunteers from across the state to pack hundreds of duffel bags. The next morning, his team serves breakfast in a local park and distributes the supplies. Ethan has also aided a homeless veteran in transitioning to permanent housing and has partnered with a company that makes cots, offering them for free to the people he serves. He began his work as a 6-year-old after noticing a homeless gentleman, whom he now knows as Mr. Marcus, living under a freeway. Ethan researched “emergency needs of homeless individuals,” used his Christmas money to purchase essential items, and gifted them to Mr. Marcus and others living nearby. “Those without addresses are disregarded, criminalized, and judged, but they’re people who want to be seen, loved, and supported,” says Ethan. “I don’t focus on why a person became homeless. I just look at what I can do to make life a little easier for them.”

The Barron Prize was founded in 2001 by author T. A. Barron and was named for his mother, Gloria Barron. Since then, the Prize has honored more than 500 young people who reflect the great diversity of America. All of them demonstrate heroic qualities like courage, compassion, and perseverance as they work to help their communities or protect the planet.

“Nothing is more inspiring than stories about heroic people who have truly made a difference to the world,” says T. A. Barron. “And we need our heroes today more than ever. Not celebrities, but heroes – people whose character can inspire us all. That is the purpose of the Barron Prize: to shine the spotlight on these amazing young people so that their stories will inspire others.”