A Decade In The Making, Tops The Original Masterpiece With Awe-Inspiring Animation

Avatar: The Way of Water transports audiences back to the magnificent world of Pandora in a spectacular and stirring action-packed adventure. Set more than a decade after the events of the first film, Avatar: The Way of Water begins to tell the story of the Sully family (Jake, Neytiri, and their kids), the trouble that follows them, the lengths they go to keep each other safe, the battles they fight to stay alive, and the tragedies they endure.

KIDS FIRST! Film Critic Katherine S. comments, “…Avatar: The Way of Water, the movie a decade in the making, tops the visual masterpiece of the original, Avatar. If you thought the animation of the original film was awe-inspiring, wait until you watch this one!” Watch her full review below.

Avatar: The Way of Water 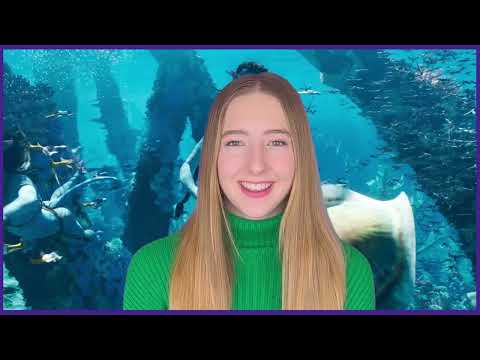 If you can believe it, Avatar: The Way of Water, the movie a decade in the making, tops the visual masterpiece of the original, Avatar. Be warned that this movie is a commitment as it is over three hours long!

Jake Sully (Sam Worthington), the human transformed into a Na’vi person, and his wife Ney’tiri (Zoe Saldaña) are back and now have four kids. With the unexpected return of the wicked Colonel Quaritch (Stephen Lang), who is brought back as a Na’vi impersonator along with his crew, the Sully’s are forced to flee the forest and explore what other places on Pandora, their home planet, have to offer.

Since this is the sequel to the mega-hit film, Avatar, I recommend watching the first film before viewing this one, as there are many important references and details that are key to following this film. The storyline leaves us with some more questions than answers; however it sets up moviegoers for the next installments. Viewing it on a big screen, especially in 3D – which I recommend – makes you feel like you’re right beside the characters in the world of Pandora. Speaking of Pandora, the world building is absolutely remarkable. It expands our view of this amazing foreign planet. And as the name suggests, it focuses on the islands, oceans and reefs of Pandora. The aquatic plants and animals are majestic and gorgeously iridescent. The reefs and oceans are eye popping and staggering. Everything is so glowy and vivacious. If you thought the animation of the original film was awe-inspiring, wait until you watch this one! The animation is hyper-realistic. When looking closely, you can see the ultra-detailed textures of the characters and settings. The movement almost looks like it is from a cut scene of a video-game (it’s honestly the best way I can describe it). Stephen Lang’s performance as the Colonel is so powerful, and makes you hate his guts even more than you did in the first film. Sam Worthington as Jake and Zoe Saldaña as Ney’tiri seem to have developed even better chemistry than in the first movie.

The message of this movie is to always fight to protect loved ones. This movie also has strong messages about the bonds with family and friends. Be forewarned that there is violence and violence involving animals.

I give Avatar: The Way of Water 4 out of 5 stars and recommend it for ages 12 to 18, plus adults. This movie is in theaters now.