Experience the wonders of our world like never before in this epic docuseries from Jon Favreau and the producers of Planet Earth. Prehistoric Planet combines award-winning wildlife filmmaking, the latest paleontology learnings and state-of-the-art technology to unveil the spectacular habitats and inhabitants of ancient Earth for a one-of-a-kind immersive experience. The series is produced by the world-renowned team at BBC Studios Natural History Unit with support from the photorealistic visual effects of MPC (The Lion King, The Jungle Book) applied to concept art created by Jellyfish Pictures (The Book of Boba Fett, Spirit: Untamed). Prehistoric Planet presents little-known and surprising facts of dinosaur life set against the backdrop of the environments of Cretaceous times, including coasts, deserts, freshwater, ice worlds and forests. Travel back 66 million years to when majestic dinosaurs and extraordinary creatures roamed the lands, seas and skies.

KIDS FIRST! Film Critic Madeleine H. comments, “I love this series!  The scenery in the docu-series Prehistoric Planet is breathtaking and majestic with a musical score composed by Hans Zimmer to match.  The rich narration by Sir David Attenborough tells the stories about dinosaur life based on the latest discoveries from paleontologists.” See her full review and talent interviews below. 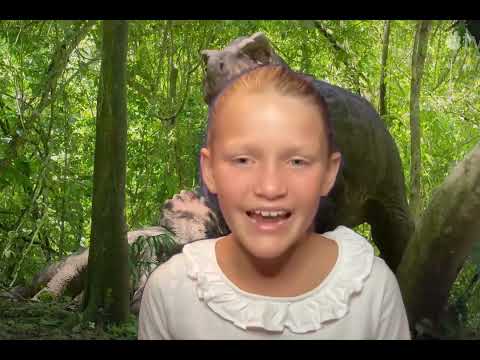 I love this series!  The scenery in the docu-series Prehistoric Planet is breathtaking and majestic with a musical score composed by Hans Zimmer to match.  The rich narration by Sir David Attenborough tells the stories about dinosaur life based on the latest discoveries from paleontologists.

One could say Prehistoric Planet is “natural history meets wildlife adventure meets stunning visual effects” in a story about the inhabitants of our planet 66 million years ago.  The wildlife adventure takes place over five episodes featuring five regions of our planet in prehistoric times. You get to see dinosaurs living in their natural habitats, tending to their young, finding food and water and fighting for survival.  You will learn about these ancient relatives of creatures that exist today and how they interacted with each other and their stunning environments: coasts, deserts, freshwater, ice worlds and forests. You will discover your “new” favorite dinosaur each episode as they come to life with expression and emotion in a way you have never seen them do.

Producer Jon Favreau brings to Prehistoric Planet his talent for visual effects from such films as The Lion King and The Jungle Book, together with pioneering stories about the natural world from Mike Gunton, a producer at BBC Natural History, along with the talents of adventure and wildlife filmmaker Tim Walker.  It’s an immersive series that draws you in with its beautiful scenery and life-like dinosaurs, giving you a view of how they lived on Earth.  I had to remind myself that the dinosaurs are animated.

With each episode we learn so many fascinating facts about dinosaurs, grow to love new ones and not like the behaviors of others.  Just like wildlife, there are prey and predators.  Yet each is majestic in its own way.  As with many wildlife natural history films there are scenes of aggression and violence that may be difficult for some audiences.