Blue’s Big City Adventure follows Josh (Josh Dela Cruz), who gets the opportunity of a lifetime to audition for Rainbow Puppy’s (Brianna Bryan) Broadway musical, and Blue (Traci Paige Johnson) as they skidoo to New York City where they meet new friends and discover the magic of music, dance and following one’s dreams. The entire “Blue’s Clues” crew is reunited for this special movie event, with the beloved animated friends and all three hosts–Josh, Steve (Steve Burns) and Joe (Donovan Patton)–together for the first time in the Big Apple.

KIDS FIRST! Film Critic Tiana S., comments, “The Blue’s Clues & You cast takes a bite out of the “Big Apple” to follow their dreams in their new hit movie musical, Blue’s Big City Adventures! This film has something for the entire family — from big dreams, superb dance numbers, multi-talented guests appearances — all while still managing to fit in Blue’s clues to help along the way.” See her full review and interviews by her, Mars and Jet on and off the Blue Carpet! 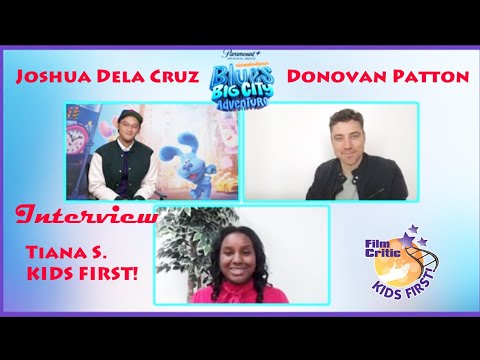 The Blue’s Clues & You cast takes a bite out of the “Big Apple” to follow their dreams in their new hit movie musical, Blue’s Big City Adventures! This film has something for the entire family — from big dreams, superb dance numbers, multi-talented guests appearances — all while still managing to fit in Blue’s clues to help along the way. While watching this magical film, you feel the joy and entertainment you always get from the Blue’s Clues franchise!

Blue’s Big City Adventures follows Blue’s Clues & You host, Josh, (Joshua Dela Cruz), as he heads to New York for a dream audition for Rainbow Puppy, (Brianna Bryan), who is following her own dream of creating her first Broadway musical. As Josh and Blue (Traci Paige Johnson) start on the adventure of a lifetime to the big city, Josh realizes he left his handy-dandy notebook with the audition information and now has to uncover clues to help him get to the audition before three o’clock.

I love how well this film highlights all the incredible things that make New York, New York. From the busyness, its famous pretzels, Times Square jumbotrons, street performances, taxis and even, being known as the place where dreams are made true. This film is the perfect tour guide to New York. There are sensational cameos such as B.D. Wong, who helps Rainbow Puppy cast for her musical. The camera angles and the music are special features and contribute to keeping the storyline interesting and flowing, especially for younger viewers. Fun Fact: Joshua Dela Cruz’s real-life story is very similar to his character Josh’s in this film, in that he moved from Dubai to America to fulfill his dreams of being on Broadway the way Josh travels from Storybook World to New York to be on Broadway.

Of course, keeping with the Blue’s Clues’ theme of teaching life’s lessons, Blue’s Clues Big City Adventures, is packed with different messages. The biggest takeaway is how you should never give up on your dreams, otherwise, how will you know if you can make them a reality? Josh faces different obstacles while trying to pursue his “big break,” including being nervous and losing his handy-dandy notebook, but he stays focus on his goal and ready to show what he can do. 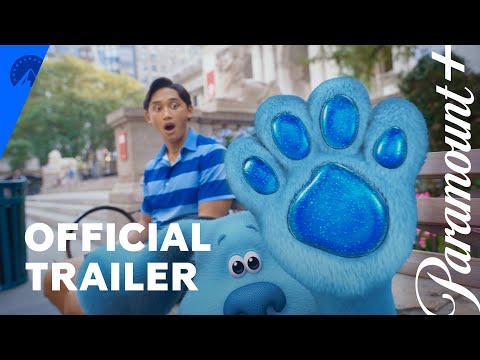